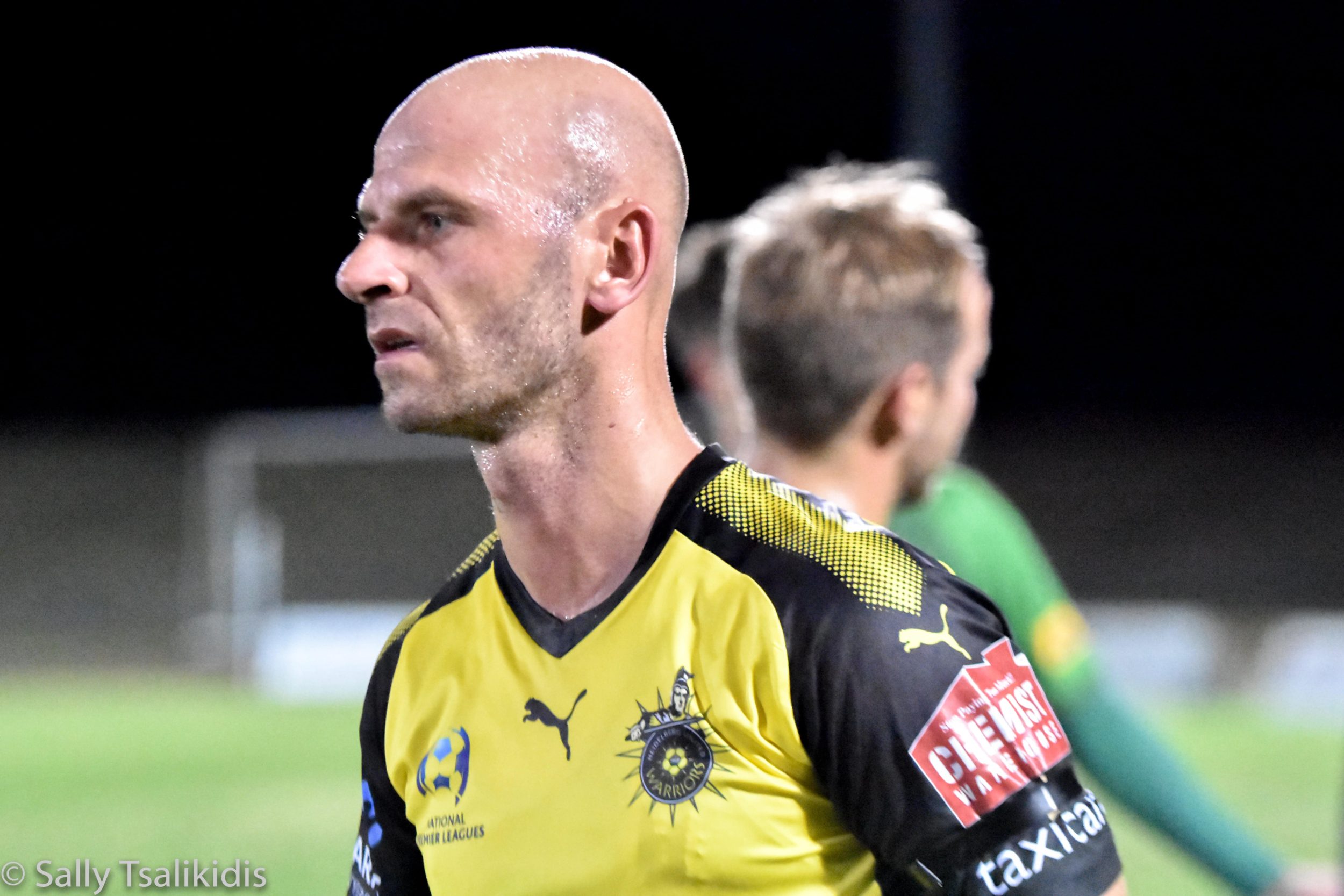 Think cool in a crisis, experience, leadership by example and impeccable timing. All qualities exemplified on-field by multiple title-winning Warrior legend, Steven Pace, who left the club for parts unknown after the final game of 2019. And all the qualities he may need to draw upon again very soon as he returns to Catalina Street as assistant coach alongside senior boss, George Katsakis.

Pace’s return – announced just a couple of days ago – has excited the Warrior camp as the 2021 season start looms large. Pace – dubbed the ‘Barometer’ by the HUFCTV team -was a very big fish that Katsakis was keen to catch. “Let’s just say we’re really glad to have Pacey back”, the veteran senior coach said on the release of the news. “We were probably looking at him for a while, once we knew Jeff (Olver) was going, so it’s a good outcome”.

“He knows how I coach and how I like us to play, so that is a huge help already”, Katsakis explained. “He’s a familiar face as well and very well liked around the club. And he is a quality person and very much the type of person who is a great role-model for younger players here at Heidelberg”.

Pace, 37, has come in to replace another club legend in Jeff Olver – who moved on to A League duties late last year – at a time of great uncertainty and significant change for Heidelberg United. Whilst it may be a mere 16 calendar months since Pace donned the number 17 for the final time, the landscape has shifted markedly in so many ways.

Coming off the bizarre once-in-a-lifetime 2020 season that wasn’t, Pace returns to a vastly refurbished, new-look Olympic Village stadium, becomes a part of a reshaped coaching crew and is working with a senior playing group which is barely recognisable from the squad he farewelled after that remarkable seven titles in three seasons run from 2017 to 2019.

A remarkable ten senior players from the squad which went to South Melbourne to clinch the club’s third successive Premiers Plate in Round 26, 2019, have retired or moved on since that memorable day. It is without question a list re-shuffle of massive proportions, but one Pace is hoping can herald in an exciting new Warrior era.

And despite all the changes, Pace still maintains Catalina Street is his footballing home. “It’s great to be home”, declared the club legend as his new role was announced. “And I am super excited and grateful to be working as an assistant to ‘Kats’”.

By one of the dictionary definitions, a barometer is ‘something which reflects changes in circumstances’, thus Pace’s affectionate nickname could hardly be more apt on his return. “Obviously they are big shoes to fill with the departure of Jeff, but I’m really looking forward to the challenges ahead”, Pace enthused. “We are building a very exciting squad for this year and hopefully the success we’ve had over the last four or five years can continue”.