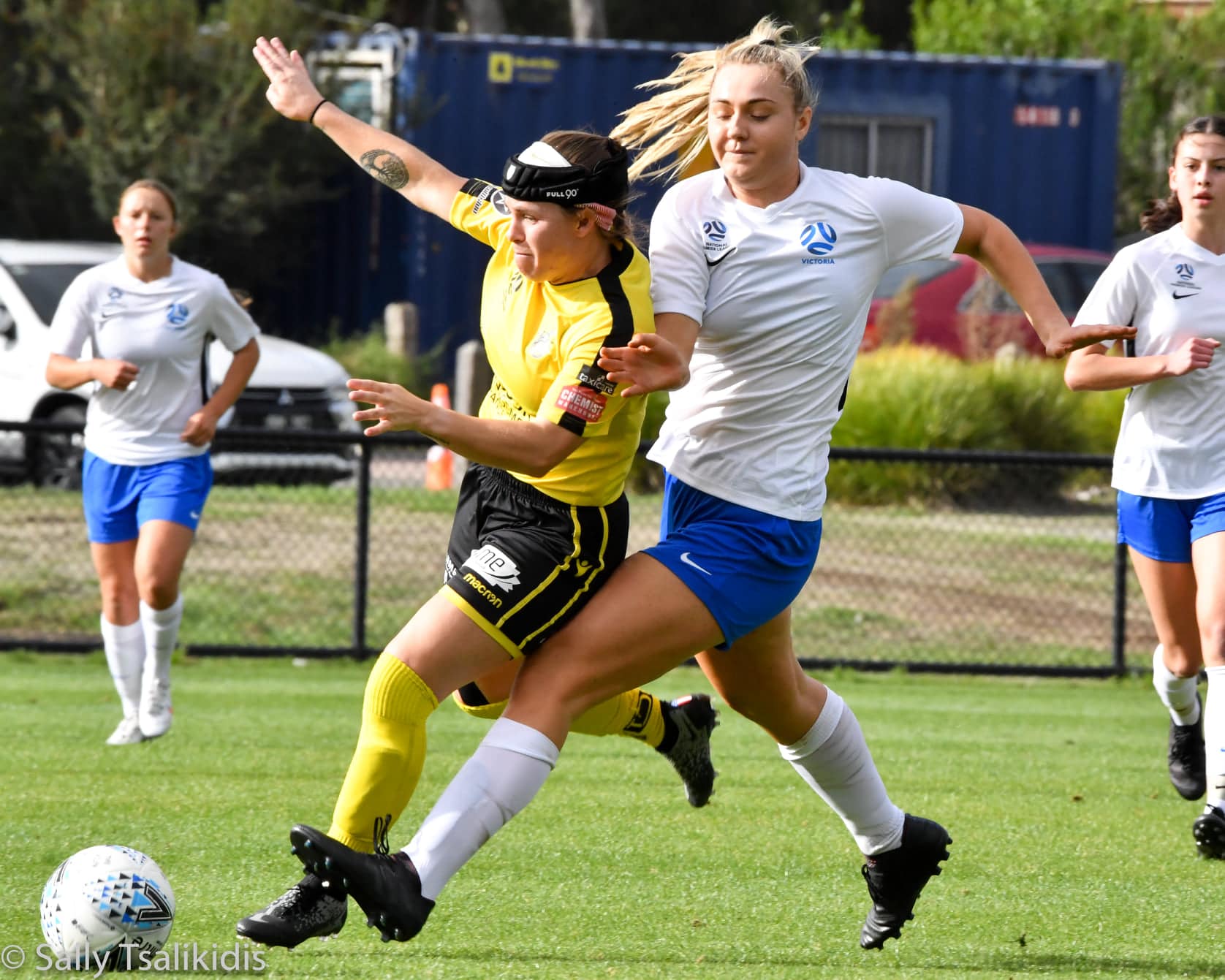 By Liam Watson   |   April 16, 2021
Comments Off on Berger Women Warriors Ready to Bounce Back

Heidelberg United Senior Womens’ team will look to open its account for the season when the girls travel to face Box Hill United at Wembley Park.

The Bergers narrowly lost its opening round clash 3-2 to FV Emerging at Olympic Village, in a gripping contest where Heidelberg nearly staged a remarkable comeback.

FV Emerging’s two goal lead at half time helped them get over the line in the end, with goals to Francesca Iermano, Jessica Young and Caitlin Karic.

The Warrior spirit was truly on show in the second half, as Kelly Lockhart and Sidney Allen got on the scoresheet which nearly saw the Bergers get something out of the game.

It was an opening round that was full of goals in NPLW Victoria, with a total of 25 flying in across the four matches.

The Bergers upcoming opponent, Box Hill, had its fair share hitting the back of the net, winning 4-2 against Bayside United. Their even spread of goal scorers featured Erin Keyt, Irene Paracki, Anais Josefski and Helena Fotopoulos.