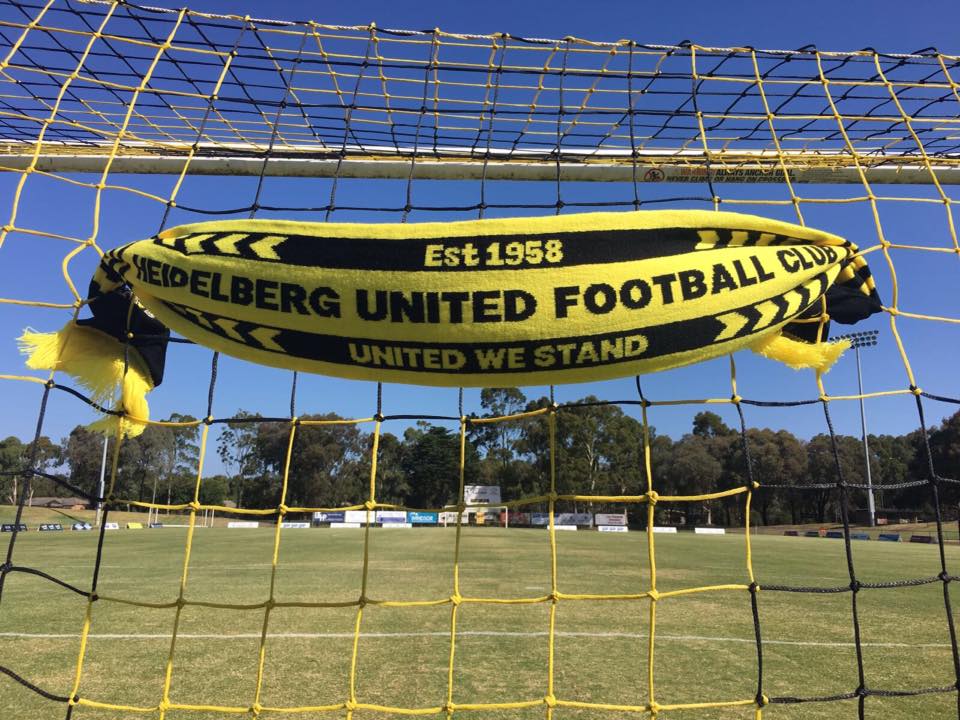 Heidelberg United’s Senior Men’s side will return home to Olympic Village for just the second time this season in a Saturday afternoon clash with Port Melbourne.

The Bergers are back at Catalina Street following three consecutive tough away fixtures that may prove to be the perfect acid test for a developing team.

They managed to eke out 1-0 wins over Melbourne Knights and Eastern Lions and a 1-1 draw at Bentleigh in-between that, leaving the Bergers in good shape to continue an undefeated streak that dates back to Round 2. Perhaps the most pleasing aspect for George Kastaskis’ charges has been the improved defensive structure in recent road trips – with Katsakis telling HUFC TV:

“With every clean sheet we keep, we get closer to getting all three points. It’s something that we’re continually working to improve with each coming week. We know going the other way, pushing forward in the front third, we have the capability to create numerous chances.”

The Bergers currently sit in third place on the table, level on 15 points with Avondale and a win away from matching South Melbourne’s 18 – who incidentally brought about Heidelberg’s only loss this season.

This Saturday’s opponent, Port Melbourne has managed to pick up points in four of their last five matches, but still find themselves just a point above the danger zone.

Draws against Avondale and South Melbourne show that Port Melbourne can tough it out with the top echelon to get a result, while they thumped St Albans 5-0 in Round 6 to get some confidence flowing.

The last time Heidelberg and Port Melbourne met was at JL Murphy Reserve in Round 24 of the 2019 NPL Victoria season. Tom Cahill got a dramatic 96th minute winner for the Bergers in a remarkable finish to snatch all three points in a 1-0 finish.