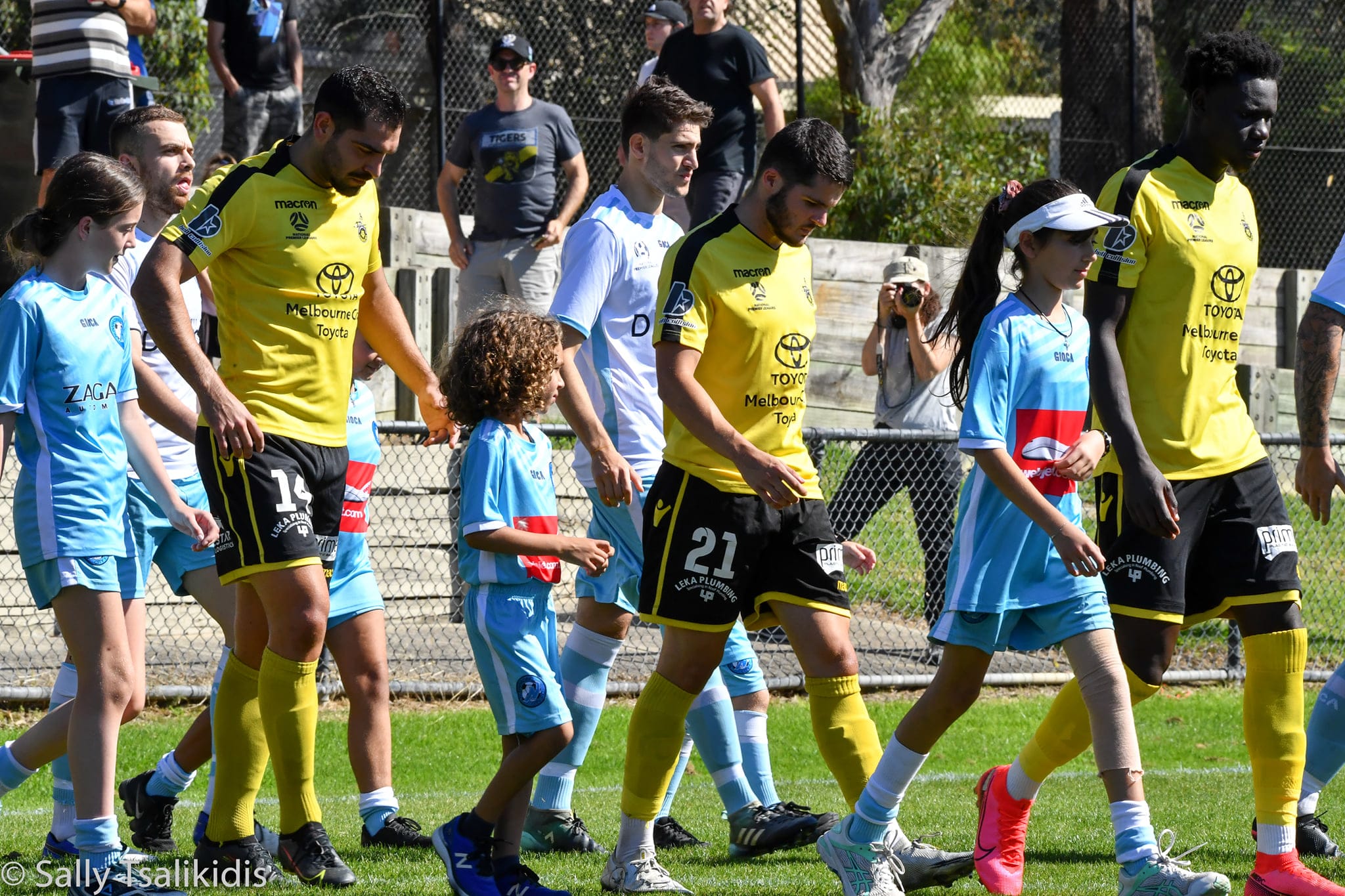 Heidelberg United faced a difficult FFA Cup Qualifier in Round 4 with summer-like heat on offer on Easter Saturday at Mahoney’s Reserve against NPL 3 side Nunawading City.

The Warriors welcomed back head coach George Katsakis to his conventional spot on the bench following a three-game absence. Heidelberg came up against former players Andrew Cartanos, Phil Petreski, John Lazaridis and Zois Galanopoulos, all of whom had stints at Catalina Street under the tutelage of Katsakis.

The home side, although underdogs going into the game, boasted a pair of experienced ex A-league players Michael Theo in goals and the versatile player-coach, Fahid Ben Khalfallah.

The ‘Bergers had a promising start, forcing the home side to scramble the ball clear, with Dominic Falla and Dusan Bosnjak combining to set up an Eoin Ashton shot that whizzed just past the post.

Only moments later, the home side took a shock lead, with striker Daniel Maclennan pouncing on a defensive error and slotting the ball home past Nick Eres.

Cartanos and Maclennan were content to sit deep and hit the ‘Bergers on the counterattack in the first half, with the Warriors having difficulties going forward through a compacted midfield.

Another defensive lapse at the heart of the ‘Berger defence before the main break proved to be the decisive key moment in the match. Maclennan was again the beneficiary, this time aided by Galanopoulos, who pounced on the error to feed his strike partner, who duly scored his second for the day.

Midaway through the second half, Nunawading mistimed effort in clearing the ball away from a corner was pounced on by Luka Ninkovic. This halved the deficit and the Warriors had a lifeline back into the cup tie.

Heidelberg mounted a relentless wave of attacking pressure in the hopes of restoring parity, with the best chances falling to Eoin Ashton and Tom Strickland.

Despite fatigue and the effects of the searing heat sapping both sides, the hosts held on a 2-1 win to knock out the ‘Bergers to progress to the next round of the FFA Cup. To cap off a disappointing day for the ‘Bergers, goalkeeper Nick Eres was sent off for a late challenge shortly before the full time whistle.

With its untimely exit from 2021 Cup action, Heidelberg United will shift their focus to Sunday (April 11, with a 5pm kick-off) at Kingston Heath Soccer Complex against arch rival Bentleigh Greens.