CELEBRATE GREAT: ONE YEAR ON 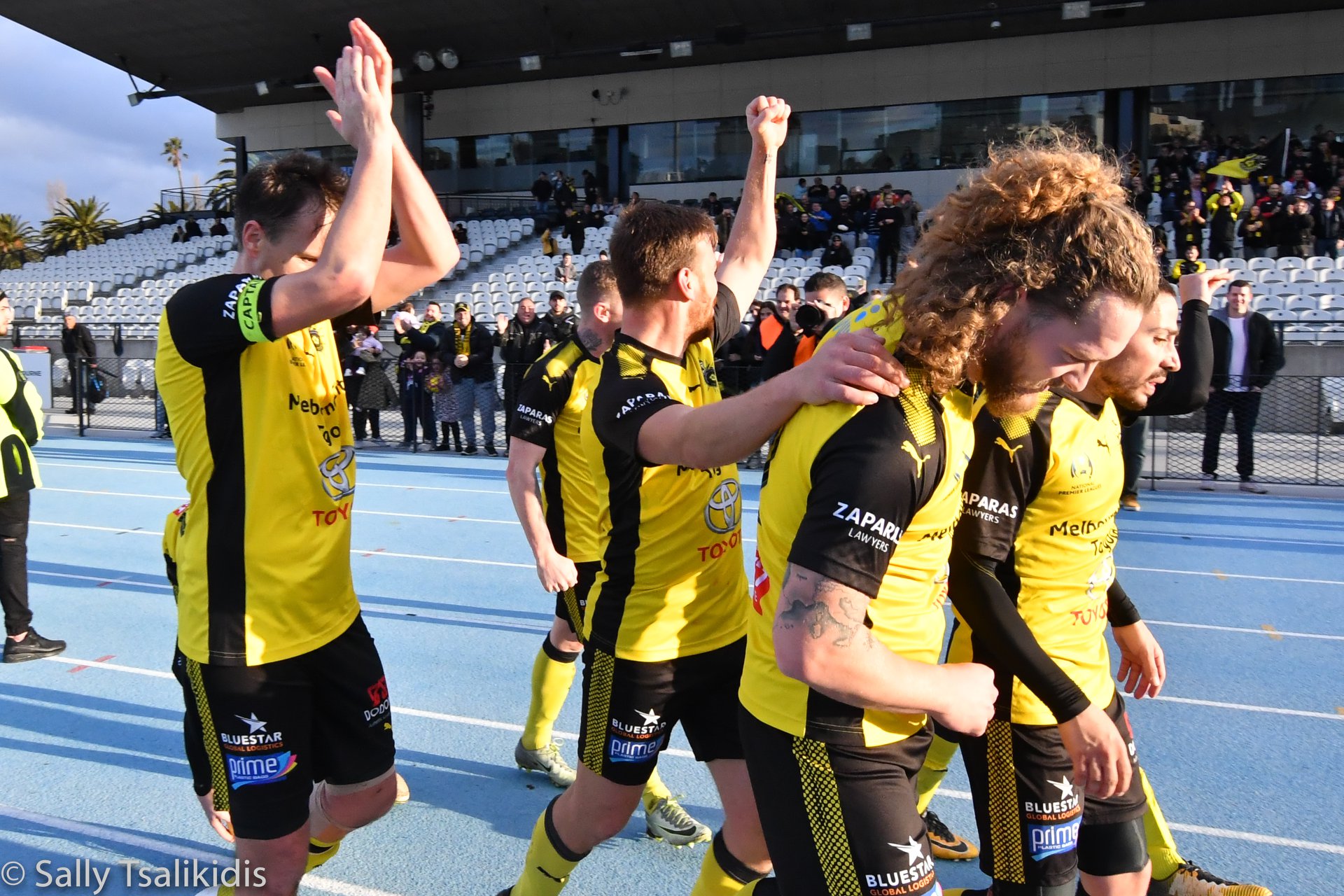 One of my fondest football memories of recent times was Tommy Cahill’s thrilling 97th minute winner at Port Melbourne late last season, which kept Heidelberg’s unlikely title drive alive. That fist-pumping moment was the 39th Warrior thriller-diller game in three seasons. The type of game which defined an era of unprecedented club success.

The years 2017, 2018 and 2019 marked the rise of the ‘Cardiac Kids’. Two weeks after the Port win it was yet another stunning come-from-behind success. This time it was Seanie Ellis forcing home a 94th minute winner at Avondale. It was a goal and a game to turn the season. It was also the 40th and final time George Katsakis’ miracle men would turn unlikely into incredible.

On a warm August night back in 1966 thousands of screaming fans at New York’s old Shea Stadium watched John, Paul, George and Ringo scurry off stage and out of sight, ending their American tour. We didn’t know it then, but history had just been made and the legendary Beatles had played their last live concert. Ever.

Only the Fab Four themselves knew it was the end. I’m pretty sure it was the late John Lennon who later described an odd sense of finality shared by each of the legendary musicians. “I think we all just somehow knew it was done.” There was no fanfare, no announcement, no farewell tours nor reunions. It was done. And the Beatles never toured again.

That’s just how it happens sometimes. And so it did for Heidelberg United fans just a little over twelve months ago. Under gloomy, brooding skies, also down at Port Melbourne’s Anderson Road home, one of the greatest and most successful eras in Alexander history just, well, ended. Without fuss or fanfare, the ‘Cardiac Kids’ left the building and disappeared into history.

Hard to fathom that it has already been a full year – September 22, 2019, to be precise – since that 3-2 NPL Cup defeat at the hands of Perth FC. To be fair, the Perth game wasn’t that close. Heidelberg’s three years of glorious success had taken its toll and the boys were cooked by game’s end.

We weren’t to know, however, that this was it. The never-beaten, fearless comeback kings had played their last gig. It was unspoken, but even in the after-match that evening there was an odd sense of finality, completion. A feeling that this job was now done. And since then we’ve silently farewelled Byles, Pace, Cartanos, Schiavo, Cahill, O’Brien, White and – more latterly – Derrick.

Hard to believe isn’t it. A full year. We have missed watching the new breed Warriors go around this year. But as that Perth game fades further away into the rear vision mirror, the more we will come to appreciate what a time we had with the breathtaking come-from-behind side of the era just ended. Especially with no footy at all to compensate.

Thankfully Nick Rahovitsas – our own Spielberg – has committed to dedicating a tribute to the ‘Cardiac Kids’ era in the up-coming, long-anticipated Alexander club history documentary. We’ve seen some marvellous previews of what’s to come in the mammoth (I think it’s up to) eight DVD series. And keep an eye of the Facebook page and club website for details on how and when this magnificent DVD series will become available.

And sure as heck look forward to recalling the daring exploits of the all-conquering 2017, 2018, 2019 Heidelberg United team. They played 102 various league, cup and finals games over the period and whilst the quality and consistency of the footy was unquestionable, we will always recall the daredevil, heart-pounding thrillers more fondly. Forty in all.

Unmatched by a margin by any NPL in the nation over the same time frame, the Warriors came from behind to win a remarkable 19 times (four times down by two goal margins), and coming behind to get a result on a further eight occasions. And in another 13 games the Warrior late show conjured winners inside the final ten minutes, with nine timed at 90 minutes plus.

Fans of legend Kenny Taylor’s Facebook show, ‘What the Kenny’, would have enjoyed the recent guest appearances of Steven Pace and Adrian Zahra. They laughed together tried to remember all the big comeback games. “There were so many of them”, declared the beaming Zahra. “It’s hard to remember them all”, said Pace. Starting with the 2017 ‘Miracle at Green Gully’ – when Rueben Way capped off a three goals in the final seven minute burst for a 3-2 win – Zahra and Pace smiled together as mention of those special games prompted a series of “oh, I remember that one”.

What a time. What a team. How lucky we were. What bang for buck. The cliff-hangers and the grandstand finishes. And now it’s history. Meaning the hardest missing of all. The forever one.

NB – Would certainly love to see Warrior fan reflections on their favourite ‘Cardiac Kids’ comebacks and moments on the Facebook page. And if anyone is keen, I’ve cobbled together a list of the 40 games mentioned above and am happy to share.

To order your copy of the clubs history on DVD  https://hufc.com.au/store/