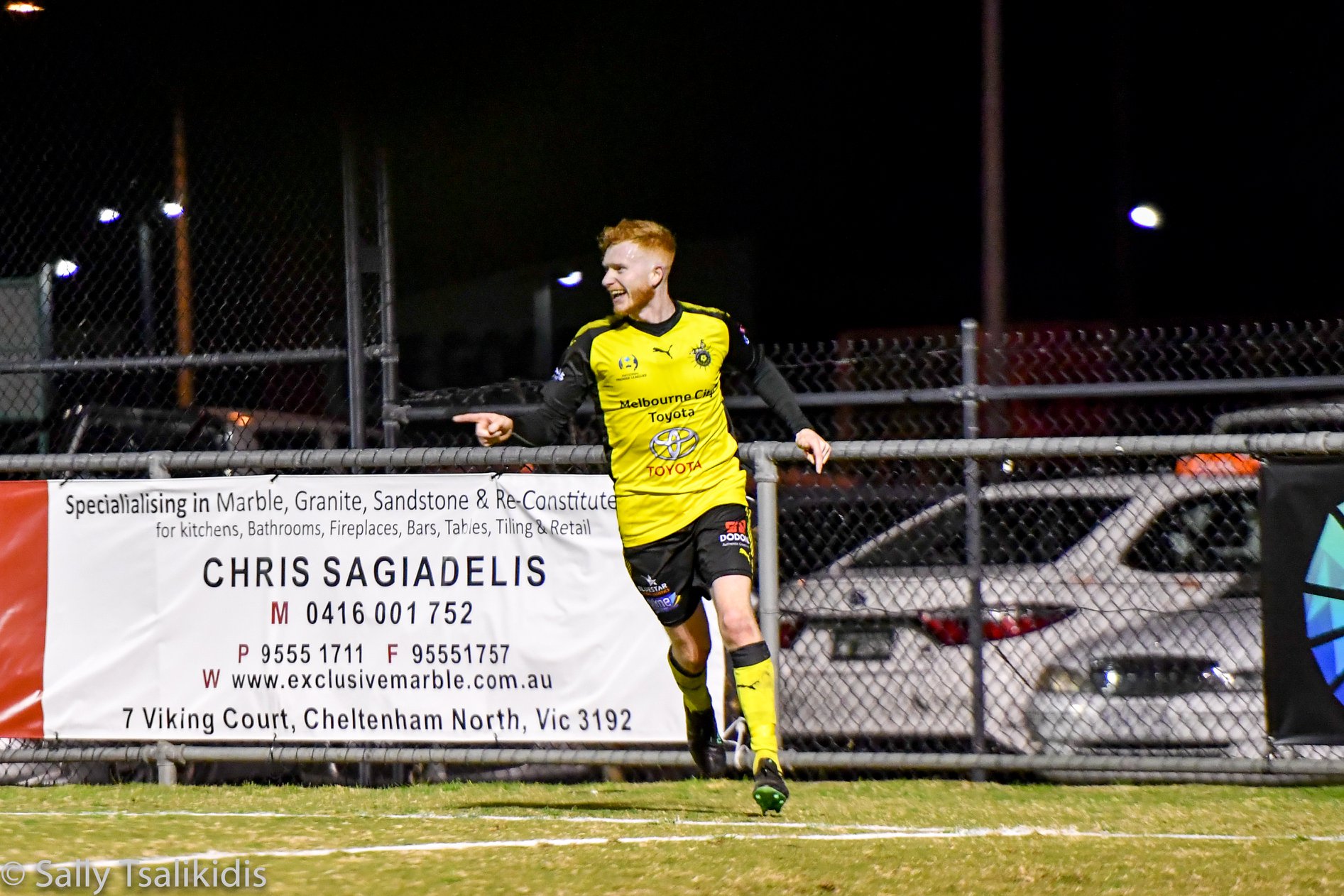 Christmas might be two months away, but Heidelberg United fans have been gifted more joyful news, with the mercurial Sean Ellis committing to the club for 2021. A footballing artisan with a left-leg packing explosives, the return of the ‘Flame-Haired Scot’ is yet another sign the Warriors are on track to bounce back in style from this season that wasn’t.

Ellis now makes a fearsome foursome of returning top liners, along with keeper Chris Theodoridis, 2019 club player of the year, Adrian Zahra, and skipper, Reuben Way, all signing in for another season to wear Warrior black and gold again over the past few weeks.

Ellis, whose 51 goals in 126 games to date leaves him with more goals than any other current day player, may even benefit from the long layoff following the cancellation of 2020 back in March. The ‘Factor’ has carried niggling soreness and injuries late into the last couple of seasons, although that hasn’t stopped the thrills and heroics. Reference the comeback win at Avondale in round 25 last year as evidence.

But the 31-year-old who came down from the bush in 2016 would likely enjoy nothing more than coming back fresh, rested and hungry when the 2021 campaign rolls around. Coach, George Katsakis, admits he is starting to get excited about footy again, as the big names start to filter back and the sniff of another title tilt beckons.

“Yep, no doubt the lure of going around again is starting to build for me and the club”, he explained. “And getting Sean to commit is great, great news. His experience is one thing, but we all know he’s also got that ability to break a game with something special. You can’t coach that.”

The boss is also pleased that there is a solid core of the three-peat stars starting to rebuild from the ashes of 2020. “When you know what you’ve got, then you identify what you need,” he said. “It’s a good place to be. And these guys know each other and play for each other, so we’re pretty happy with how we are tracking.”

The unassuming Ellis is one of that rare breed of players who combine unpredictability with brilliance and leave supporters drawing breath with anticipation when he’s around the ball. Or when he’s standing patiently, hands on hips, about to power in a free kick from an angle or from way downtown.

I’m starting to get that Warrior Nation tingle!