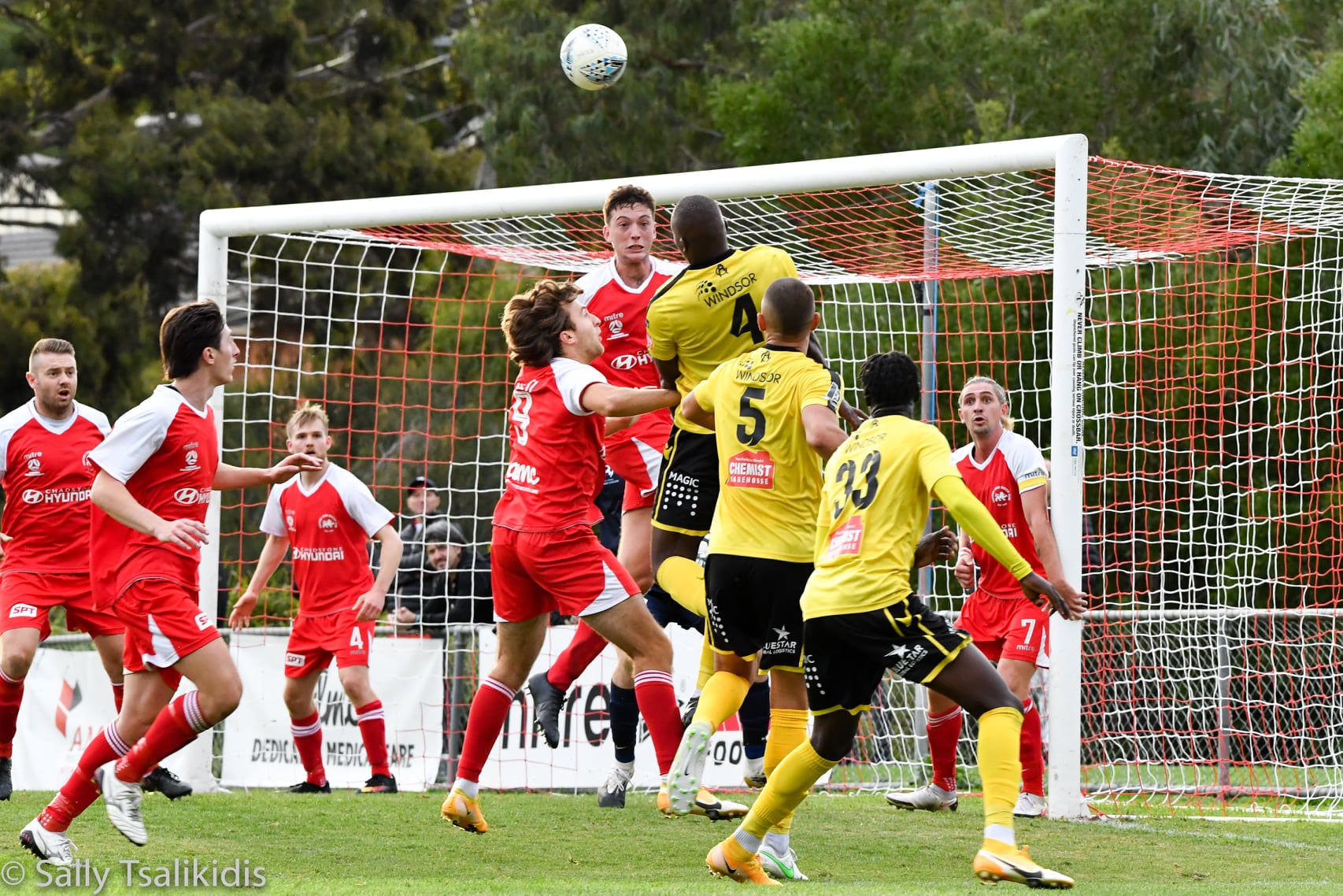 Heidelberg United came away with a solid win against Eastern Lions on Saturday at Gardner’s Creek Reserve in Burwood, as it continues to push for a top spot.

The previous meeting at this venue was in the 2013 Victorian State League 1 Competition, with Dean Heffernan’s brace enough to see Heidelberg come away with a 2-1 win on that occasion.

The ‘Bergers started the game off in the best possible fashion, putting the home side on the back foot, with Fetahagic on hand to tap in from Lewis Hall’s header coming back off the post.

It was moments later that the Warriors could have doubled their lead, when Okada scooped an exquisite ball to Sean Ellis, whose shot was well saved.

The home side had a brief flurry, producing a couple of opportunities, including a cross into the box for a shot to be amazingly blocked by Chris Theodoridis coming off his line to prevent the goal.

Heidelberg had a series of great exchanges of passes, including Hall and Falla combining to allow Reuben Way to strike the ball nicely, only to force yet another save from Coulter.

The second half was equally frenetic. Following the home side hitting the woodwork, Okada unselfishly dragged back a cross to find the head of Dusan Bosnjak, whose header came back off the post, thus spurning a golden chance to finish the game off.

With opportunities arising in thick and fast manner at on both ends of the pitch, a deep corner found Mallan Roberts. His headed effort centrally to Micallef, whose exceptional header back across goal was well saved.

Heidelberg United will look to extend the unbeaten run for a push to the top of the standings on Saturday (April 24 at 3pm) at home against Port Melbourne Sharks.