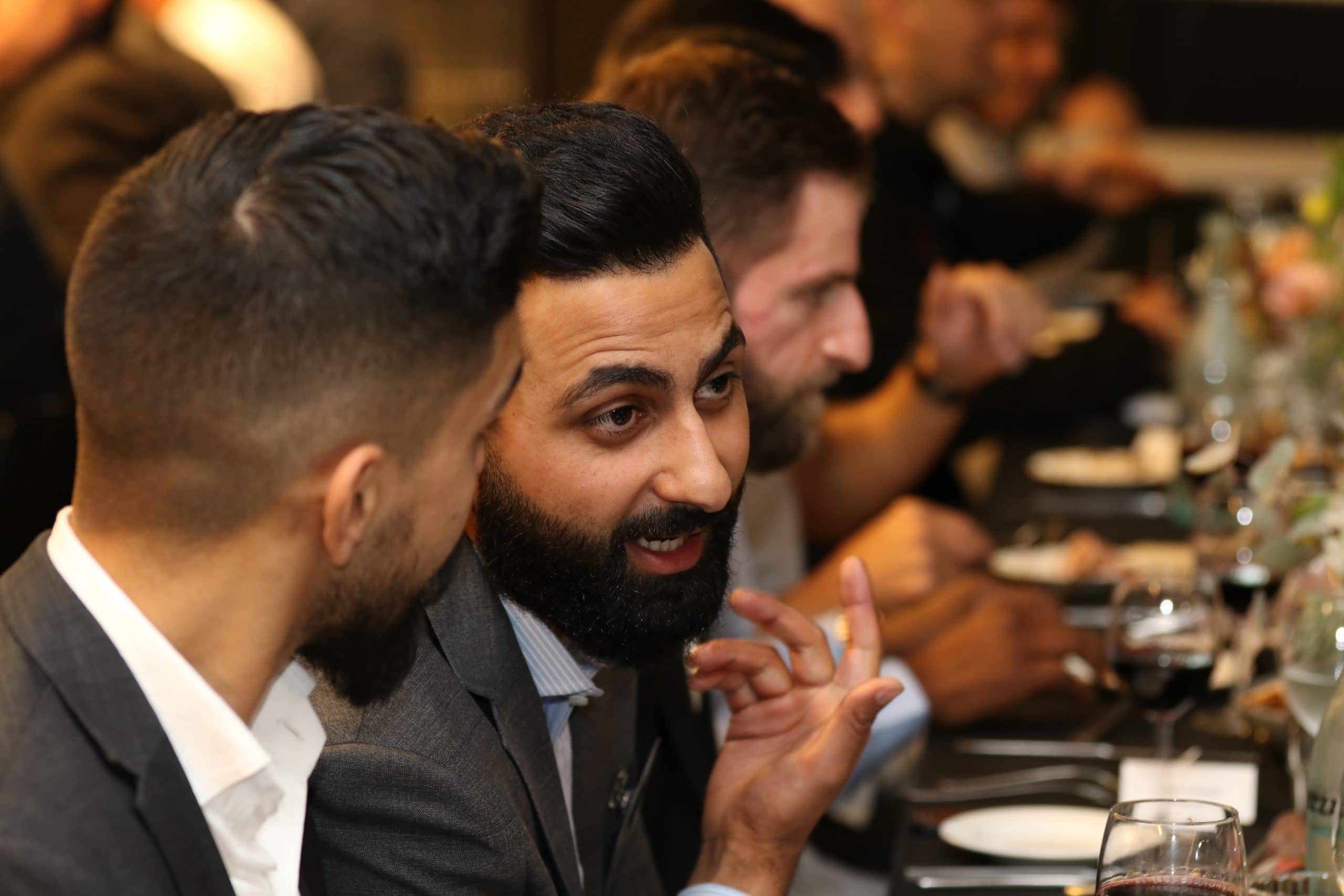 By John Fotinos   |   May 4, 2021
Comments Off on Heidelberg United Launches Exciting New H.U.B

Heidi’s Café at Heidelberg was the venue for the launch of a new initiative by the Heidelberg United Football Club. The exciting venture known as the “H.U.B” (Heidelberg United in Business) was an opportunity to formally acknowledge, in their presence, the pivotal role played in the development and continued sustainability of the club by its loyal and generous corporate partners.

Hosted by Heidelberg United and Australian football legend, Gary Cole, the event was attended by over 80 guests, including State MLC, Lee Tarlamis and ex-Collingwood AFL Premiership star, Ben Johnson. A majority of the attendees were principles or representatives of the club’s generous and loyal corporate partner base.

Club President Steve Tsalikidis spoke of his and the Club Board’s heartfelt gratitude for the unwavering support of the many generous sponsors and club volunteers, whose efforts drive “The Peoples’ Club” forward into an exciting era. He outlined the work done to ready the facility into its current state, and spoke of the desire to have all on board to enhance it to the point where a great legacy can be left for the future generations.

Gary Cole regaled those in attendance with poignant anecdotes of a stellar playing career, which later transformed into rewarding coaching and sports administrative roles. He related how many of the lessons learnt throughout his time in football are just as applicable in business and in day to day life. He encouraged those in attendance to use this and future “H.U.B” events as useful means of networking and building their business profiles and opportunities amongst peers.

Gary also spoke with the Senior Coaches of both the Womens’ and Mens’ NPL teams for a quick appraisal of their respective seasons thus far, as well as the numerous challenges they face in their respective roles.

The “H.U.B” concept will be further developed and refined by the club as a way of engaging the corporate sector as an integral partner in the future progression of the club both on and off the field.