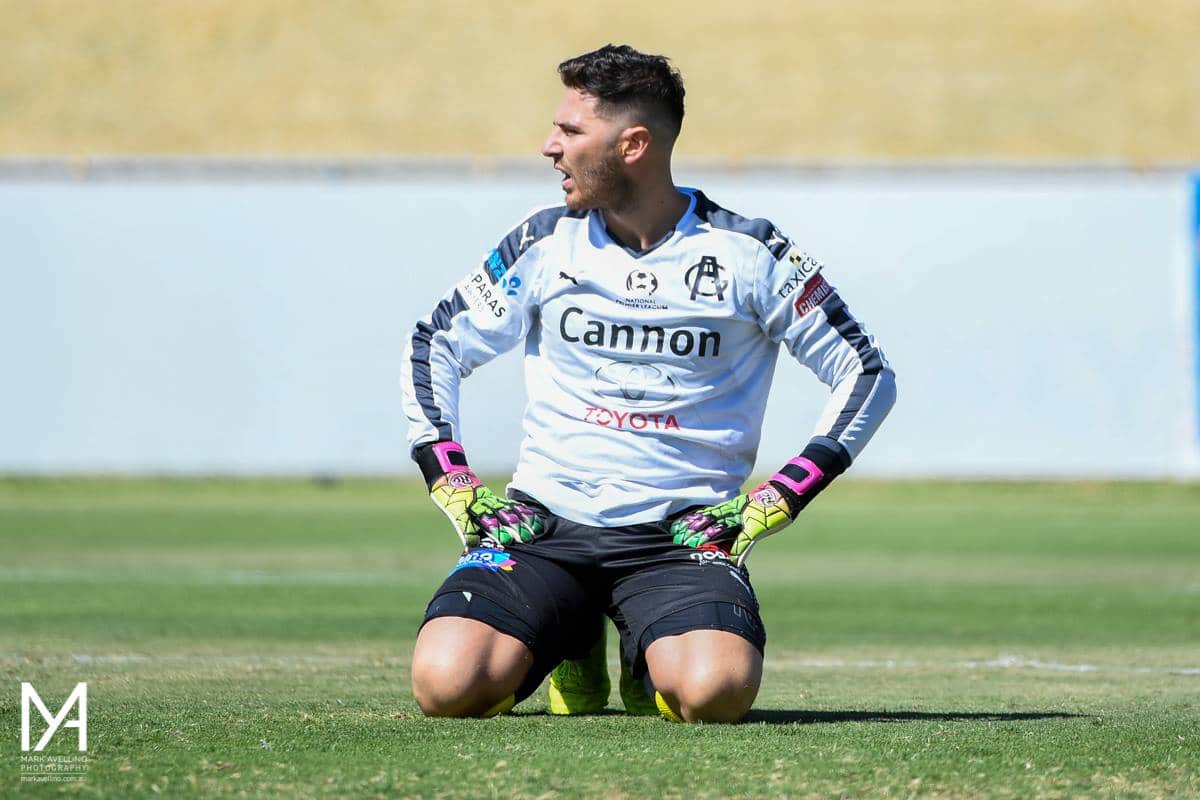 By Greg Blake   |   October 30, 2020
Comments Off on KEEPER COMMITS TO REIGNITING FLAME

Shot stopper and sometimes showman, Chris Theodoridis, has become the next piece of Heidelberg’s 2021 jigsaw puzzle to fall perfectly into place. The 31-year-old ‘Hyphenator’ has become the third of the old guard to recommit to the Warriors in recent weeks, hot on the heels of the re-signings of Adrian Zahra and skipper, Reuben Way.

Adding another of the battle-hardened veterans of the all-conquering 2017, 2018 and 2019 seasons to the list for 2021 is another huge morale-booster for Heidelberg going into a season so rich with uncertainty in the wake of the virus crisis and current season cancellation.

Coach, George Katsakis, has been mindful of ensuring the look of the squad next season will include as much surety and experience as possible. Theodoridis’ inclusion continues to build on the positive momentum.

“Chris is a great clubman and to have him back is another building block in the long road back to playing again”, said the coach. “You know what you get with the experienced players and you can build around them. It’s no secret that I’ve enjoyed a break from coaching, but then you start to feel the momentum building as familiar faces and club champions return and I reckon we’re all starting to feel a bit hungry to get back on the field and playing”.

Theodoridis – “best pound-for-pound keeper in the NPL”, according to the HUFCTV team  – has something of a cult following amongst Warrior fans. His sometimes flair for the dramatic and theatrical was no better exemplified than by his psych-out and double penalty stop late in the Dockerty Cup success of 2017.

With the last kick of the game Theodoridis’ threw himself low and left to turn Luke Pilkington’s penalty around the post to thwart arch-rivals, Bentleigh Greens, at ABD Stadium that night, thus ensuring the Dockerty Cup’s headed back to Catalina St. for the very first time.

Theodoridis, who joined the club in 2016, has played 125 games for the Warriors, and scored five goals from the penalty spot along the journey.