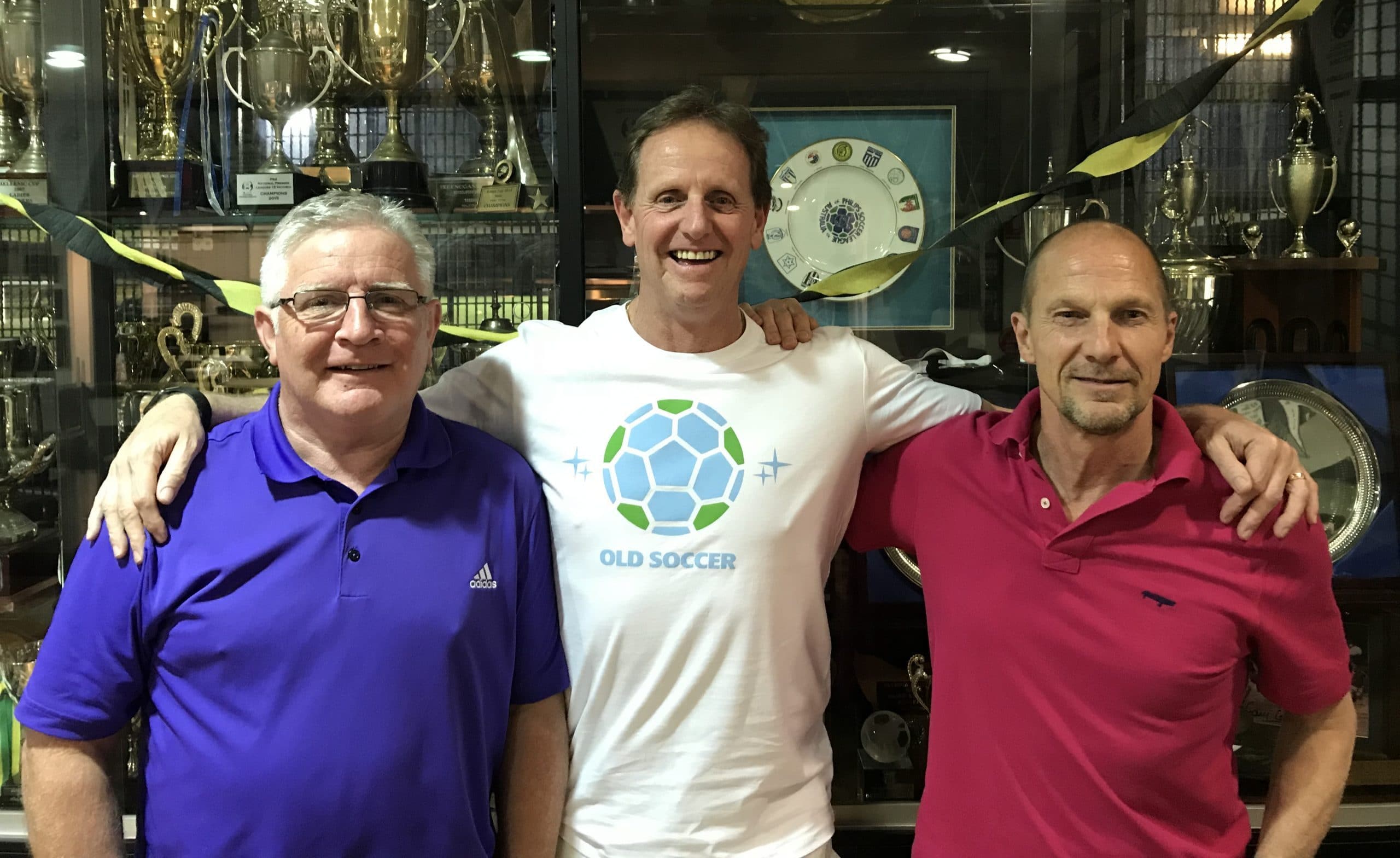 No names of course, and you won’t see it in the finished product, but one of the most memorable moments during the filming of Heidelberg United’s 60-year history probably exemplifies the passion even the old-timers still have for this great club.

On feisty summer afternoon last year, a couple of club legends who hadn’t crossed paths for maybe forty years – after filming interviews for the up-coming documentary – launched into a heated debate about who did what to whom during their time together at the club in the 1960’s. It escalated quickly. Walking sticks went flying and geriatric round-arms flew in a punch-on for the ages.

It was just one of the remarkable moments on the journey to fulfilling the most ambitious vision Nick Rahovitsas’ lifetime.  And on completing his long-awaited 60-year definitive video history of Heidelberg United, Rahovitsas should rightly be elevated into the pantheon of the remarkable club people he seeks to acknowledge. It is shaping as a masterpiece.

What started as a pet project back in early 2018 has far exceeded its initial two-hour highlights concept. By the time the mammoth series is made available later this year, not a single soccer club in the nation – current or past – will be able to boast such a magnificent, thoroughly-researched and comprehensive audio visual tribute. Not even close.

Nick – ‘Speilberg’ – is an odd cat. We’re not mates. His largely quixotic nature is annoying, yet his vision and productivity has elevated HUFCTV to elite level amongst its kind in Aussie soccer. When he initially sent me some vision of a beautifully crafted British war documentary – with the accompanying message that he aspired to produce similar for the club – I responded with a cursory ‘you go for it’. Nick’s attention span isn’t great and I figured give it a month or two and he’d be off chasing the next shiny, pretty.

Quite the contrary. Forget his nods to anyone else, for the past two-and-a-half years Rahovitsas has been the driver of this remarkable club history in every conceivable way. My guess is that Rahovitsas has devoted anywhere in the region of 1,500 to 3,000 unpaid hours on bringing it all together.

Chasing and recording interviews – in excess of 150 of them – editing, scripting, sourcing and editing old vision, tracking and trawling through hundreds of historical documents and artifacts and facilitating a multitude of translations and interpretations. To say nothing of a significant number of interviews which were wiped from a hard drive and had to be redone. He so nearly threw in the towel on more than one occasion. In most un-Nick like fashion, he ultimately did not. And we should be very thankful for that.

It’s been a hell of a journey for me too. To be candid, I’ve felt humbled during the process. I’ve never been more proud of any professional project in my life. Recording the history of Heidelberg United Alexander and knowing it will be seen and cherished in another sixty years  and more from now feels an undeserved honour.

Nick has captured tears of joy and sorrow, documented moments long forgotten, been forensic in his tracing and tracking of club origins and other oddities, such as where the first playing jerseys were sourced. The revelations and the controversies, the superstars, the successes, the failures and the times of tribulation. For the most part sheer joy.

Rahovitsas’ lasting legacy and romantic ode to Heidelberg will also serve to etch his own place in the already rich tapestry of club history. Uncomfortable as I am stroking his already inflated ego, his history-making project is deserved of the gratitude of every single member of the Warrior Nation. He has earned my respect, in abundance. Amazing

Amazing stuff, and not bad for a bloke who has no concept of good grammar or punctuation!