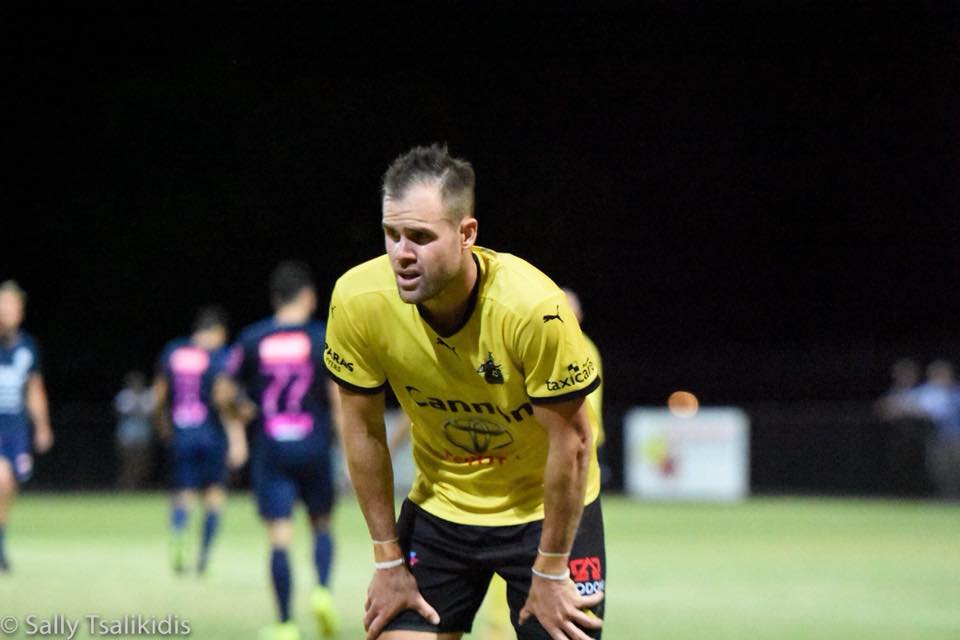 Heidelberg United fans are buoyant with the news that 2020 captain and premiership star, Reuben Way, has re-committed to the club for season 2021. Way announced his intentions a matter of days ago, offering Warrior fans a glimmer of promise after the trials and tribulations of 2020.

Heidelberg coach, George Katsakis, was keen to let supporters know the uplifting news following nearly six months without football, after the NPL in Victoria was shut down after just five completed rounds of the season.

“I think all fans of the game are looking for some good news stories right now”, said the coach.

“And for our supporters it is terrific to know that Reuben will be back for us going into 2021.

“To have a bit of stability and experience is important, given the circumstances. And to have a player of his calibre setting an example, it’s great for everyone around the club”.

Way, who turns 31 early next year, had managed only five games as the new club captain before the 2020 season was derailed. Concerns that the sometimes explosive ‘Champ’ may not be the ideal choice to replace now departed Luke Byles were allayed quickly, with Way in sparkling form and leading by example back in February and March.

And, just to assure fans that the sometimes, one-man wrecking ball was still primed for showtime, his left foot rocket launch to score at Oakleigh was yet another stunning goal for his impressive highlights reel.

Having hit his 150 game milestone in 2020, the 2021 season will be Queenslander Way’s seventh season at the club.