THE HARDEST LOSSES OF ALL 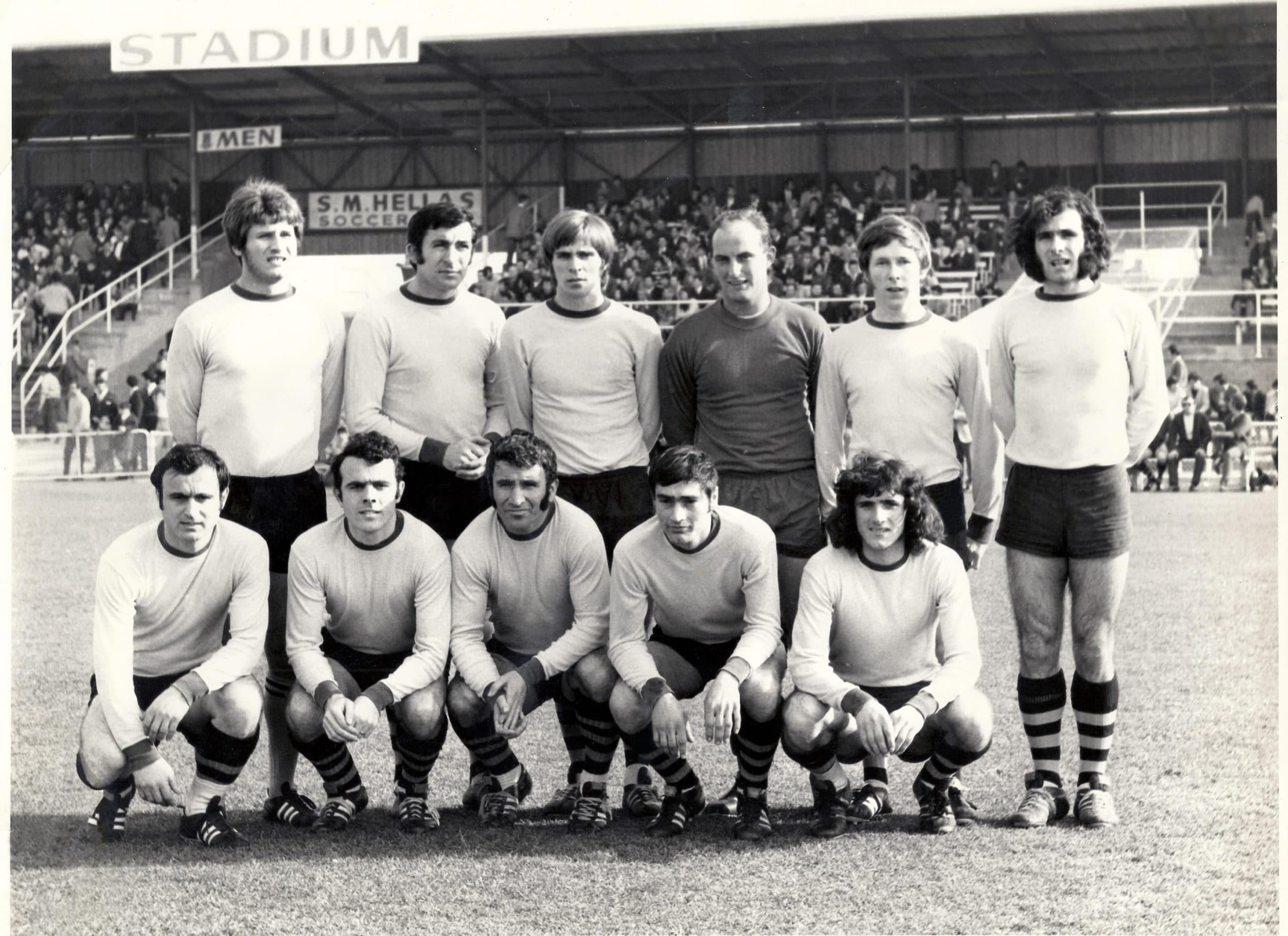 So, it’s lockdown again. The club – my club – asked me to write a column for the website. Maybe something funny, they said. Maybe a joke or two about Heidelberg United now undefeated since March last year. Sorry, but I don’t feel all that funny.

Anxiety and uncertainty shrouding Melbournians once again. As for the club, it is dearly absent and sorely missing. Whilst the game we play registers wins and defeats as a key KPI, the entire Heidelberg United Alexander club has suffered four massive, irredeemable losses during lockdown. Real ones from which we don’t bounce back.

Vale Iordanis Katsis, Spiros Samlidis, Derek Lea and Nick Rakovalis. All taken during lockdown, almost silently, without fanfare in this abstract time of limited funerals, no wakes or visiting to pay respects. No smiles and no hugs. And no club.

There is disappointment and there is sadness but there are also tragedies. Sometimes tears and emotion cloud the eyes and blur the boundaries between such things. However, there is a desperately heartbreaking and confronting final equation which defines true tragedy.

The tragic and sudden loss of Peter Loukakas on grand final eve in 2017 emotionally shook an entire Heidelberg family, so much so that even the players took the field on grand final day “flat, sad and emotionally drained”.  The Warriors lost. And losing that grand final was a disappointment. The sadness would pass. The loss of Loukakas was and remains a devastating tragety. Losing a member of your own footballing family always is. Each passing leaves a unfillable void.

If there was any consoling joy for Peter’s family and loved ones, it must surely be that – almost to the very last – Peter had his club. And Heidelberg had him. He spent grand final eve surrounded by his Warrior family at the club and – as I recall – even dropped a couple of people off on his way home in the wee small hours. He was, as always, smiling broadly.

The last series of lockdowns afforded so many Melbournians – particularly so the aged and infirm – no such comfort, no consolation, no family, no hugs nor even goodbyes. And in this case, four of our finest – our family – were taken and their passing limited to celebrations on bloody social media.

Sporting clubs can be special places which play a significant part in the lives of many people. Heidelberg United is a very special club and somewhat unique in the many reflections of past players and great club men compiled in Nick Rahovitsas’ magnificent 60-year history DVD set. It’s the club people go back to again and again. Alexander becomes a part of you.

Iordanis spent more time at Catalina Street than most, yet he passed knowing he couldn’t visit the place just one more time. Samlidis was a long-time member and passionate fan whom I’m certain would have cherished just one more game to see to say hello to his mates. Former player Derek Lea might well have embraced a moment to reminisce at Olympic Village. Rakovalis was 16 when he joined Alexander and he went on to play 217 games, became club captain and was a force in Heidelberg’s breakthrough 1975 Victorian title success. He loved catching up with old mates at the club. Rakovalis is a club legend and was adored by so many. He deserved one last chance to be adored.

Coversely, whilst what the club meant to each of them is important, it’s as much about celebrating what they’ve meant to the club along the way as well. For the true believers and Heidelberg die-hards, there has been no opportunity to collectively grieve and acknowledge these deaths. The important time-honoured rituals where people take care of bereaved people, and the rituals that re-connect the people who are present. Those we are mourning may be gone, but they see that others are still here.

Our club is the home away from home. The safe haven. We go home in times of triumph or tribulation. Times of sickness and in times of health. Catalina Street is where our clan gathers, where you are surrounded by people who want your team to do well. Best described by a supporter as “I hope it stays a place where we can walk in and feel like we belong”. The game is the link but it’s the friendships, smiles and camaraderie make this family.

When, or even if, we get back to watching footy at Catalina Street, our numbers will be minus four. You may not have known Iordanis, Con, Derek or Spiros, but they remain a part of your life through your common links to this amazing club, Heidelberg United Alexander. It hurts my heart to think they were lost to us without goodbyes. RIP Iordanis, Con, Derek and Spiros.

No on-field victories can ever balance those scales and I beg favour from the gods that we lose no one else under these wretched lockdown conditions. The longer we go without a home game – it’s been 18 months and counting – the more I reflect on the ripper people at the club who’ve treated me with such kindness, courtesy and good humour over the journey.

I think of them often and hope like hell they are doing well and that we will smile and greet each other again in person very soon.