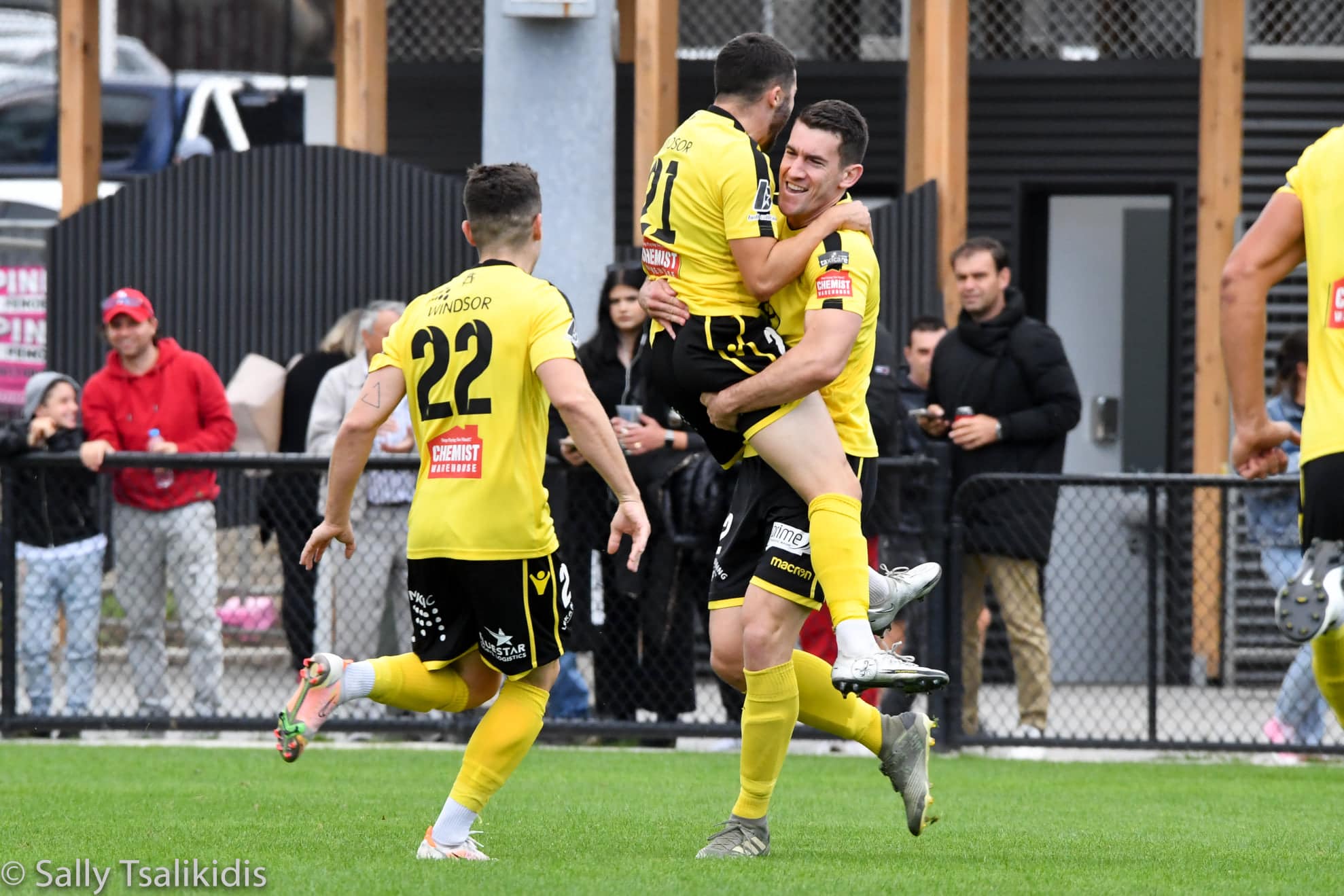 By John Fotinos   |   March 31, 2021
Comments Off on Warriors and Knights Rivalry Continues

The ‘Bergers, unbeaten since the opening round of 2021, have won their last two matches, and will get a true gauge of their form against a confident Melbourne Knights outfit that snatched a dramatic injury time equaliser at Avengers Park at the weekend.

Heidelberg United welcomed back two experienced campaigners in the form of Lewis Hall and Sean Eliis in the 2-1 win over Dandenong City on Sunday. Although neither played a full game, they gained valuable game time as the ‘Bergers continue a gradual climb up the table to be just two points behind the Knights.

The home side will be looking to its attacking options with the likes of Albano and Mikulic in good recent form, so the ‘Berger defence will have its work cut out to curb their influence. Heidelberg’s new look attack. Including newcomers Ashton, who scored a brace at the weekend, Okada and Micallef, backed up by the wily veteran Bosnjak, will be looking for a huge impact if they hope to gain a result tonight.

On a night where a full round of seven matches will take place, the action kicks off at 7:30pm at Knights Stadium this Wednesday (March 31).