ZAHRA JOINS THE DRIVE TO REVIVE 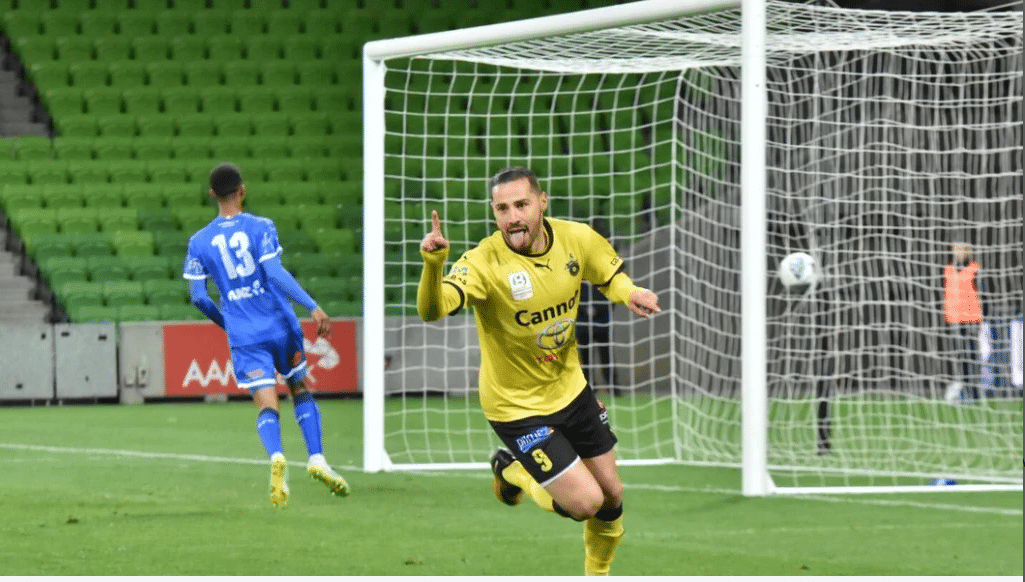 Heidelberg United’s favourite ‘Mexican’, Adrian Zahra, has given the thumbs up to recommitting to the club for 2021. Zahra’s return will further bolster the spirits of Warrior fans, whose 2020 season was wrecked by the start of lockdowns in March and the club’s bid for a remarkable four consecutive NPL premierships was derailed.

Zahra’s return to new-look Catalina Street comes hot on the heels of a similar commitment from skipper, Reuben Way, recently. The pocket rocket and master of the off-one-step somersault, Zahra hasn’t missed a league game for three seasons and was in slashing form coming off his 2019 Heidelberg Player of the Year Award.

Heidelberg coach, George Katsakis, reckons a second big gun revving his engine for 2021 is just the tonic for supporters coming out of lockdown. “Obviously everyone has done it hard this year, but I’m hoping that this news will help return some joy to the lives of our amazing fans”, said the boss. “Again, that bit of stability and experience is so important, what with all the unknowns. And Zahra is just quality. What he has brought to the club has been invaluable and to know he’s part of the 2021 revival is a huge relief.”

The NPL in Victoria was shut down after just five completed rounds of this season, meaning nearly a year away from football and many questions as to how players will pull up from the extraordinary lay-off. For 30 year-old Zahra, the territory will be at least familiar, even if it is the second time his scintillating career has had an entire year stolen.

Kevin Muscat was red-carded following a 2011 incident, which left Zahra nursing a serious knee injury requiring 12 months of repair and rehab. His Melbourne Heart A League career ended in January, 2011 and the Mexican wasn’t back in action until April, 2012, when he bobbed up with Perth Glory.

Going into Zahra’s sixth year as a Warrior, the 100-gamer and grand final hero a couple of years back, has been a good luck talisman for Heidelberg United. Setting aside this year that wasn’t, Zahra has only known success as an Alexander champion. In his first three seasons at the club, Heidelberg’s answer to the Tassie Devil played in 97 of a possible 103 games in all competitions, winning three premierships, a championship, Community Shield, Dockerty Cup and NPL national title along the way.

Footnote – Zahra has never been red-carded in 100-plus games as a Warrior. Of current players only Josh Wilkins (125 games) and, remarkably, veteran Les Doumbalis (227 games) have played more games without being sent off.